For UN research please begin at linkedin newsletter ED3envoyUN.com
One of sustainability's biggest paradoxes is the cities of Europe that energise me as a tourist seem so civilised but history shows Europe hosted 2 world wars and Putins Euro of 2022 may be no safer than Stalin's or Hitler's 1920's E. At Queenofhearts.city we wonder if you could time machine to one year in E-history what year would you choose and what report for humanity would you search for? WHAT GOOD CAN PEOPLES UNITE IF THEY HAVE FIRST ACCESS TO 100 TIMES MORE TECH PER DECADE? Back in 1951 my father found this biggest scoop of his life at EconomistDiary.com. It was given to him by Hungarian-American John Von Neumann at Princeton
2006: In dads last 2 years age 84 he hosted a 40 person debate at Royal Automobile Club, a few minutes walk from the Royal Palaces - if the greatest human development advance of his lifetime since meeting Von Neumann was networked by a 1billiongirls (Asian Village mothers 2020-1970) - did anyone in the west or at The UN really know how they did this? 16 journeys to Bangladesh by Graduate Journalists has chalked up 2 resources ABEDmooc.com & Yunusmooc.com where both women empowerment luminaries requested we open learning networkers interpret C for Cooperation (not C for Certification) . We enjoyed more than a little help from many people such as Japan's Ambassador. As Diarists out of St James and alumni of Brother James Wilson have recorded: The UK Royal family left most of the human development of two thirds of beings in Asia to Prince Charles. As a 16 year old he had been assigned the duty to attend the 1964 Tokyo Olympics. 3 happy-good natured seeds were planted from that day on - good relations between Japan Empire and some of Europe's Royals; Sony as Japan's first inward investment in Europe; the birth of whether worldwide sports celebrities are tele2's blessing or a curse as next generations greatest heroines (Tokyo was the first satellite broadcast to a global audience). What if it turns out that in the 21st C European royals value sustainability of millennials more than soundbitimg politicians or professional bureaucrats whose Intel rules have no mathematical or human transparency. This strangely unpopular question is the purpose of events diaries by QueenofHearts.city and education's 3ed co-creative revolution - ed3dao.com Alumnisat.com. EconomistScotland.com thanks Glasgow University Union for marking up one of 2023's main QOH events 265th Smithian Moral Sentiments . If you have an event for our diaries to cooperate around please mail me chris.macrae@yahoo.co.uk. It may be that us far north diaspora scots are more interdependent on you all Europeans than anyone apart from whomever angry nature or angry purtins hurt next??. Sample some Future History Good/bad News Reports? ...1955 report what was Messina (birthing EU) for? 1945 report what was british language world service for?; 2022-1945 what was UN & ITU for; dad. The economist's norman macrae, spent his last days as teen navigating air planes bomber command burma; he tried his best at reparation ever since- wind assisted, so to speak, by the most valuable question media men were ever given - von neumann 1951 asked dad: to ask anyone/everyone what goods will peoples do with 100 times more uniting tech every decade to 2020s? In 1951, VN had 6 years left working on good (ie way above zero sum human development exchages) after the Goats of maths (including einstein turing ..) had spent moist of their life on the bad on nuclear arms racing. They had a reason to defeat hitler. I am no genius (just a listener who ,oves transparent maps/maths) ---but can anyone tell me why are we currently using nuclear races to defaeal all 8 billion of our beings. MUCH MORE IMPORTANT FROM 9/9/2022: if you have time to add positive thinking to our survey QueenofHearts.city - please do

futureofbbc.som why did the BBC serve politiocains instead of the peoples who owned it

how can anyone work in the Eu without resigning and seeing hwhere they should be relocated- eg east ukraine and messina and greece would be a cross-culturally worthy startdiv class="separator" style="clear: both; text-align: center;"> 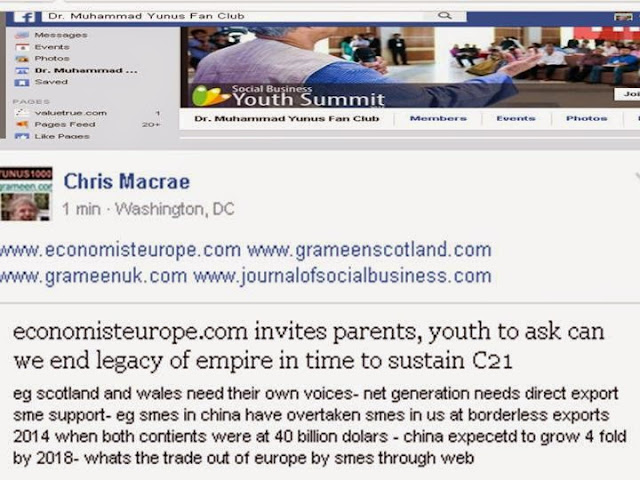