1955 report what was Messina (birthing EU) for? 1945 report what was british language world service fo?; 2022-1945 what was UN & ITU for; dad. The economist's norman macrae, spent his last days as teen navigating air planes bomber command burma; he tried his best at reparation ever since- wind assisted, so to speak, by the most valuable question media men were ever given - von neumann 1951 asked dad: to ask anyone/everyone what goods will peoples do with 100 times more uniting tech every decade to 2020s? In 1951, VN had 6 years left working on good (ie way above zero sum human development exchages) after the Goats of maths (including einstein turing ..) had spent moist of their life on the bad on nuclear arms racing. They had a reason to defeat hitler. I am no genius (just a listener who ,oves transparent maps/maths) ---but can anyone tell me why are we currently using nuclear races to defaeal all 8 billion of our beings. MUCH MORE IMPORTANT FROM 9/9/2022: if you have time to add positive thinking to our survey QueenofHearts.city - please do


GENEVA — For some, 2018 may represent the beginning of the undoing of the global rules-based system set up after the end of the World War II. A year after announcing its departure from the Paris Agreement on climate change, Washington continues to disengage with the United Nations — withdrawing from the Human Rights Council and cutting funds to programs such as UNRWA, the U.N. agency that supports Palestinian refugees. Meanwhile, the United Kingdom is close to exiting the European Union in March 2019 and the World Trade Organization is finding its authority challenged.
“We have to do it together; otherwise, we shall all die together.”
— Michael Møller, director-general, U.N. Geneva office
As growing concerns over climate change, human rights abuses, and mass migration intensify pressure for U.N. reform, Michael Møller, director-general of its Geneva office in Switzerland, insists that multilateralism is all the more vital.
“There isn’t a single one of these [global] problems that can be solved by a single actor,” he said. “We have to do it together; otherwise, we shall all die together.”
But the Danish diplomat, who has spent nearly 40 years serving the U.N., said the organization must work harder to keep pace with the changing nature of global challenges. Devex sat down with the 66-year-old in his office at the Palais des Nations.
The conversation here has been edited for length and clarity.
Secretary-General António Guterres has strongly defended the need for reform within the U.N. What specifically needs to change?
Pretty much everything. This is an organization created 70 years ago that has not entirely kept pace with rapid changes, realities, and big existential challenges such as climate change, migration, and health.
We have to change our peace and security mechanisms, the way we do development, our internal management, and back-office functions. It’s a pretty ambitious reform program that we have set in place. 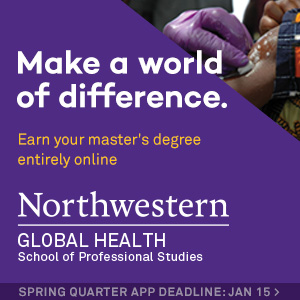 Regarding development, where will funding for the Sustainable Development Goals come from, especially as foreign aid is being reassessed by major donors?
The vast majority of money will come from the private sector. We will need several trillion dollars annually to put these goals into action and show results. Governments do not have that money. It must be a blended financing approach.
We are using our convening power to get actors who didn’t speak together before involved in [joint] financing — the investment community, the banking sector, different organizations based [in Geneva], and the Swiss government, which wants to make Geneva a sustainable finance hub.
Are there risks in partnering with the private sector for development?
There is a huge risk of not partnering with the private sector.
We will not achieve anything if everyone is not on board. The private sector has accepted that unless they change their business models to become sustainable, they may not be around for long. People will not buy their products or work for them, and will certainly not be investing in them.
“For decades, the international system was suspicious of the business community. But this has to change, and it is changing.”
—
We are seeing the creation of new partnerships, new language, and new types of understanding. Businesses are now asking to be part of the conversation, and it is for us to help them figure out how best to do this. For decades, the international system was suspicious of the business community. But this has to change, and it is changing.
How difficult has it become to implement plans with more earmarking of funds for projects?
Donor countries are increasingly giving money that is project-specific, moving away from what we call “core-funding,” which is needed for the day-to-day operations of the organizations.
It is a challenge because it takes away the flexibility of implementing all programs and assuring that we may operate to the best of our ability. But this trend is like a pendulum that swings back and forth, and we already see countries rethinking the wisdom of only funding projects.
Get development's most important headlines in your inbox every day.
Cost-cutting measures, including salary cuts, have been introduced and there is growing reliance on nonstaff consultants for essential work. What is the atmosphere at the U.N.?
Read more:
► Samantha Power: ‘There is no option B after multilateralism’
► UNCTAD chief on how trade policy chaos is affecting developing countries
► Madeleine Albright on multilateralism, foreign aid reform, and the UN
► A vision of UN development reform takes shape, amid funding concerns
Exactly the way I imagine you would react if you were subjected to these trends. Since 2008, we have been living in a financial crisis and have been the subject of a “slash and burn” approach by member states to our budgets. We have adapted by improving our processes, adopting a kind of “do-more-with-less” approach. But it has its limits.
By and large, these changes haven’t taken away the dedication of the staff. We are passing through a difficult moment now, but are dealing with it to the best of our capacity.
Even here in Geneva, belt-tightening has meant that some positions have been moved away.
We are seeing some back-office activities move to places that are cheaper and easier to carry out. But the substantive work continues to be here. This ecosystem in Geneva, which has been built up over the past 150 years, allows us to work closely together, not in silos, particularly on the Sustainable Development Goals.
“Some people tend to say that Geneva is the kitchen and New York the dining room.”
—
How important is Geneva on global issues?
Some people tend to say that Geneva is the kitchen and New York the dining room. Geneva is the operational hub of the international system, not just of the U.N. Over 35 U.N. organizations are here ... and many of our partners are here ...
We are very much the place on the planet that has the greatest concentration of international actors, with the ability, and the wherewithal, and the mandates to help member states get to where they need to go.
How threatening is the current rise of nationalism and disrespect of human rights to the values of the U.N.?